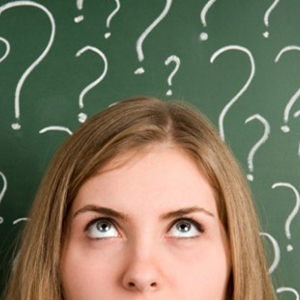 When it comes to LED technology there’s lots of complicated jargon that can leave everyone scratching their head. Here at TLW we want to make LEDs as simple to understand as possible and are always looking for new ways to help our customers to feel more comfortable with lighting products.

Here’s a quick jargon busting glossary that you can refer to for help whenever you need it!

You can also watch our video on LED jargon below.

What does LED stand for?

What is a watt?

A watt is a unit of power used to quantify the rate of energy transfer from an LED product. It is equivalent to one joule per second. The calculation that is used to derive a watt is the voltage multiplied by the amperage. Basically it’s a way to track how much energy a product consumes.

The symbol for wattage is: w, for example:

Lumens is the measurement of brightness that an LED product gives out as perceived by the human eye. It is important to consider the lumen output when purchasing an LED product as this will tell you just how bright the product is going to be.

The symbol for lumens is: lm, for example:

What is luminous efficacy?

This is a value that is calculated by measuring the lumen output, then dividing that number by the wattage of the product. For example, an LED product that has a lumen output of 300lm per metre and a wattage of 3w per metre would have a luminous efficacy of 100lm/w.

Voltage is the pressure from an electrical circuit’s power source that pushes charged electrons, or the current, through a conducting loop. This then illuminates an LED light. Most LED products have a voltage of 12 or 24.

The symbol for voltage is: v, for example:

What is a kelvin?

The symbol for Kelvins is: K, for example:

This is an example of the Kelvin scale:

What is a mA or mAmp?

mA or a milliamp is a unit of measurement for an electric current flowing through an electrical conductor and a measure of the rate of flow of electrons.

What is an IP rating?

This chart shows how this is broken down:

What is a mA or mAmp?

mA or a milliamp is a unit of measurement for an electric current flowing through an electrical conductor and a measure of the rate of flow of electrons.

What is an IP rating?

This chart shows how this is broken down:

COB stands for ‘chip-on-board’ which is an LED technology. It combines many small chips that are integrated into one large chip and bonded directly onto a substrate. This allows for an increased heat dissipation which increase the life span of the light.

The key features are that COB products have:

The KONNEX system is unique to TLW products and is a simple plug and play system that allows you install our lighting products more easily. The key features of this system include:

Here is an image of the system:

What is an SMD LED?

An SMD LED Module is surface-mounted diode LED lights. This is a type of LED module that uses surface-mount technology to mount LED chips on printed circuit boards. It is a self-contained surface-mounted device designed either to function on its own or to plug into a compatible unit.

CRI stands for ‘colour rendering index’. It is simply a measure of a light’s ability to reveal the colours of various objects in comparison with a natural light source.

3M VHB are a family of tapes with double-sided foam tapes made from high performance acrylic adhesives on the back of them. The superior performance of 3M VHB Tapes means they can often be used to replace mechanical fasteners for joining a wide range of materials.

RGB simply stands for ‘red, green and blue’. An RGB LED product has the ability to combine these three colours to produce over 16 million hues of coloured light.

What are CCT switchable products?

CCT stands for ‘correlative colour temperature’ which indicates the colour appearance of a white LED. Is it defined in Kelvins. Where a product is CCT switchable, this means that it can be controlled to go from the bottom to the top end of the Kelvin scale, achieving both the warmest and coolest colour temperatures and everything in between.

Inspiring lighting from TLW | The Lightworks

TLW Global is a market-leading LED lighting manufacturer and supplier of innovative lighting solutions. We specialise in high quality products, coupled with incomparable service and dedication to our customers. 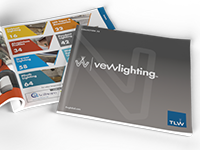 Out of these cookies, the cookies that are categorized as necessary are stored on your browser as they are essential for the working of basic functionalities of the website.

We also use third-party cookies that help us analyze and understand how you use this website. These cookies will be stored in your browser only with your consent. You also have the option to opt-out of these cookies. But opting out of some of these cookies may have an effect on your browsing experience.
Necessary Always Enabled
Necessary cookies are absolutely essential for the website to function properly. This category only includes cookies that ensures basic functionalities and security features of the website. These cookies do not store any personal information.